At GAC Pindar, we believe in doing the right thing.  We have a history of supporting the sport of sailing as well as individuals within it who set out to achieve what may at first seem inaccessible and unachievable. We encourage everyone who works under the GAC Pindar banner to have a strong awareness of the environment and community that is around us. We remain an intrinsic part of the industries we serve and strive to improve them in everything we do.

Inspired by the Volvo Ocean Race’s first Ocean Summit in Alicante in October 2018, GAC Pindar led the way to GAC UK signing the United Nations Environment #CleanSeas initiative committing to reduce plastic and other waste.  #CleanSeas encourages companies, individuals, governments and not-for-profit organisations to commit to taking pledges, which include implementing measurable actions to reduce single use plastic waste and inspiring staff, stakeholders and suppliers to do likewise.

Since then, GAC UK has significantly reduced single-use plastics in its offices and every GAC company in Europe has signed up to the pledge. Many beach cleans have been carried out by companies and individuals on an annual basis.  GAC Pindar joined visiting pro sailors and The Final Straw Solent in the summer of 2019 to clean-up an inner city beach in Southampton, with the aim of formulating a longer-term plan for the site.

GAC UK’s three-year support of the Royal National Lifeboat Institution ended in 2019 with a grand total of £75,000 raised for the charity through financial donations and staff fundraising initiatives.  In 2020, Mind and SAMH (Scottish Association for Mental Health) were named as GAC UK’s designated charities, nominated by colleagues from our 23 offices up and down the country. This coincided with an inter-company Mental Health Matters Campaign, highlighting the importance of a corporate culture in which mental health problems are recognised and can be discussed openly.

That partnership and the cost savings it brought play a leading role in supporting the mission to reinstate Paralympic Sailing back into the Sports Programmes of the future.

As part of its strategic plan, World Sailing aims to increase worldwide participation in the Para World Events to 40 nations across four continents by the end of 2020. Over the past four years, we have provided selected freight services free of charge or at significantly reduced rates to allow as many member nations attend these events as possible. We continue to source cost effective logistics solutions across World Sailing’s portfolio of events with further financial support put back into the sport, to be distributed by World Sailing to areas of most need. 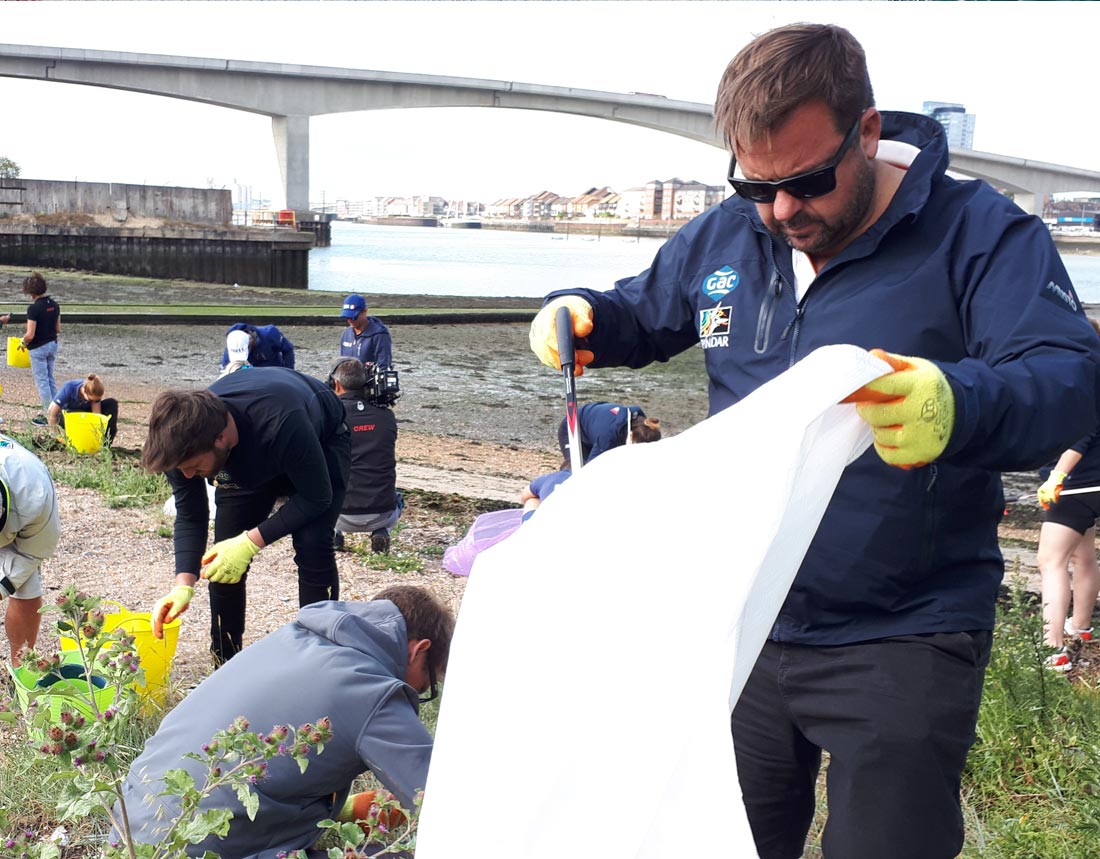 “GAC Pindar is known worldwide for their involvement in the sport of sailing with a deep understanding of yachts and equipment. They are the natural choice when it comes to shipping sailboats and provided us with the perfect solution to deliver Comanche to Europe”

“We are very happy to be able to count on GAC Pindar as the official shipping and logistics provider of the GC32 Racing Tour. They provide us and our participating teams with a solid, professional and reliable logistic service.”

“GAC looked after EKS’ logistics requirements on the FIA WRX championship for 2 years. During this time, we found them to be helpful, knowledgeable, passionate and professional. From the works supercars to any small part, they regarded them with equal importance. We highly recommend them in the pressured world of motorsports logistics”.

“Working in partnership with GAC allowed us to deliver our cars into China safely and on time. Communication was excellent and allowed us to track every step of the journey. Thanks to the support of GAC and their local teams we overcame many challenges and a grateful to them for helping to make the Dragon Challenge the huge success it has been.”

“We had great support from the team from GAC during the delivery of the Volvo Ocean Race. With a very tight schedule and limited space in the race-village to handle material, the containers and machinery need to be delivered exactly on time – GAC managed this challenge in an excellent way.”

“We have highlighted the vessel monitoring service to our insurance provider which has recognised it as a solid addition to our crisis management planning. Beyond this, the support and logistics services provided by GAC Pindar, especially while we are at sea, far surpass anything else on offer in the market today.”

“GAC Pindar provided the French Sailing Team with competitive rates and the whole process went extremely smoothly: bringing together needs of other sailing federations and completing operations without any delays. I strongly advise others that they consider GAC Pindar.”

“I set high targets with our project to have eight Dragons sailing around Europe for charters, clinics and private events. For us, the fact that we could count on GAC Pindar’s experience and capacity to start moving our boats was a key element and allowed us to focus on the commercial and financial side of our start-up company. The process of delivering our boats from the UK to Portugal was very smooth and accurate, allowing us to start with our schedule with no issues. We are looking forward to continuing to work with GAC Pindar in the years to come and provide quality sailing to the lovers of our sport.”

PROUD TO BE WORKING WITH…