GAC Pindar, the global go-to provider for marine sport, leisure and event logistics, is the Official Logistics Partner of the Foiling Youth World Series, the multi-class competition for youth teams of the most influential sailing entities on the international scene. Created with the specific aim of training foiling future players, the Series will start in the second half of 2023 and will take place in key sailing venues worldwide. The event will be realized within the We Are Foiling events ecosystem framework, with the support of World Sailing, the China Sports Industry Group and the Royal New Zealand Yacht Squadron.

With the occasion, GAC Pindar and We Are Foiling extended for a three year cycle their historic collaboration as Official Logistics Partner of Foiling Week™, the first and only global event dedicated to the amazingly fast foiling boats, to their sailors, designers, and manufacturers. 2023 will clock Foiling Week’s tenth anniversary on a special extended edition from June 26th till July 5th at Fraglia Vela Malcesine on Lake Garda, Italy. 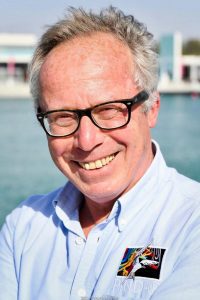 Andrew Pindar OBE DL, Founding Partner, GAC Pindar said, “The new Foiling Youth World Series by We Are Foiling, is starting with a clean slate, giving talented young sailors the opportunity from day one of competing with 50/50 balanced equity between male and female athletes. This is why we are particularly proud and excited to be chosen as the official logistics partner of the series, convinced as we are that this will provide a vital springboard of talent for women and men as they progress on their foiling journey.

As a sector leading specialist logistics business in the sport of sailing we are proud to be involved with many of the world’s most notable events such as We Are Foiling’s Youth Series and Foiling Week™. As a champion of gender equality in business, sport and life, we are delighted by the progress being made throughout sailing, despite the myriad of challenges this entails for the various stakeholders when seeking change.”

Luca Rizzotti, Founder and President, We Are Foiling – Foiling Week™, Foiling Youth World Series said, “We started collaborating with GAC Pindar in 2015, immediately sharing vision and intentions. This is a partnership that is not only limited to solving operational issues but extends to a common value framework. Like Andrew (Pindar), I am on The Magenta Project board and our initiatives have resulted in a threefold increase in female attendance at the event.

For the Foiling Youth World Series, the logistical issue is of strategic relevance and we need a Partner of excellence like GAC Pindar. In order to accommodate the requests, we have received from all over the world, the timeline optimization for the transportation of the materials and for the setting up of the venues will be of paramount importance.”